The Colchester Band was formed at a public meeting on the 24th of August 1860, where a “Public Subscription Appeal” was launched to raise two hundred pounds for instruments and uniforms for a group of 17 musicians. This band was called the ‘Colchester Town and Volunteer Rifle Band’. Further reports found in the local newspapers at the time (Essex Standard and Eastern Counties Advertiser) listed the contributors to the appeal. The band gave their first performance towards the end of 1860. Around this time the name was changed to the ‘Colchester Town Band’. 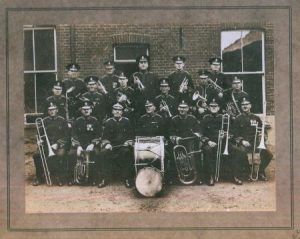 We can be fairly sure that the band thrived throughout the period between its foundation and the Second World War. As with most bands at this time, it then packed away its instruments for the duration and contributed to the war effort. 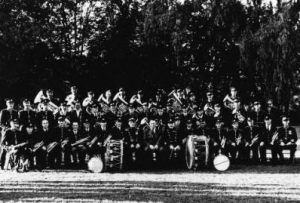 The band reformed in 1946 as the ‘Colchester Silver Band’ under the musical direction of Bertie Richardson. Bertie was the MD up until his retirement in 1971. Under his direction the band won several prizes in both local and national competitions. 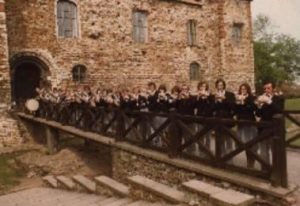 Arthur Austin became conductor in the 70s and 80s. The baton was then passed to Stephen Kenna. Under Stephen’s direction the band continued to improve in standard and eventually gained Championship Section status in 1988-89. 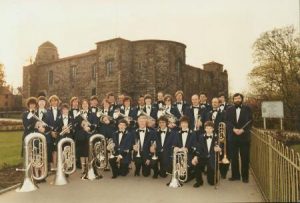 The band were briefly under the direction of Stephen Pegram, and were pleased to appoint Peter Ivey as Musical Director in 1992. 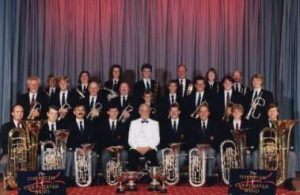 In January 1993 the rehearsal room was destroyed by fire, damaging most instruments and music. Spurred on by this disaster, a trip to Zwolle in Holland was organised, and the acquisition of a new practice room. The appointment of Robert Howard as Musical Director complemented this recovery… the phoenix did arise from the ashes! Under the chairmanship of Eric Tooley and the musical direction of Robert Howard the band were able to maintain their high musical standards and increase their profile within the local community, culminating with the sponsorship of the band in 1994 by a furniture company ‘Hatfields of Colchester’. 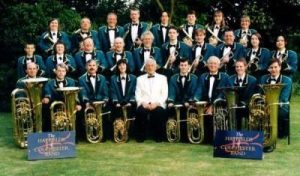 Despite having slipped back into the Second Section the band went on to qualify for the Finals of the National Brass Band Championships of Great Britain in 1995 and 1996, again gaining promotion to the Championship Section in 1997 after a first place by 4 clear points at the first section qualifiers with a piece called “Spectrum”. In early 1997 the band were successful in gaining a National Lottery grant, gaining resplendent new uniforms, and some new instruments. Robert Howard retired in 2001 and the reins were taken for a while by David Notley. Trevor Davey took up the baton in October 2001 and despite a successful time eventually had to give up and pass the baton to Bernard Reader who lead the band until January 2004. 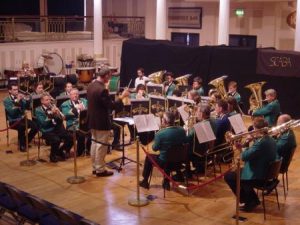 In 2004 musical director Marc Easener, who trained at London College of Music, was appointed. Under this direction the band scored a 3rd place in the SCABA open contest at Folkestone, and performed many successful concerts.

The band was very pleased to again appoint Peter Ivey as Musical Director in 2006 and went from strength to strength with success at the East Anglian Brass Band Association contest held in Norwich in 2008 & 2009 and in the London and Southern Counties Regional Qualifying Contest held in Stevenage in 2009. Colchester band were placed 1st at the Southern Counties Folkestone contest in 2009, and achieved 2nd place in 2010. 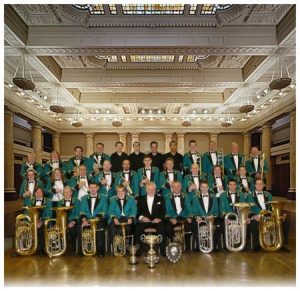 2013 saw the band`s solo Baritone David Maddocks pick up the baton. David took the band to the top of the second section, a win at the LSC areas, 3rd place at Butlins MIneworkers Contest,  and a respectful result at the national finals of Great Britain. 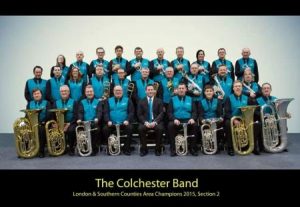 Marcel has provided many years of support,  in playing the Bb bass  and in the organisation of tours.  In 2018 Marcel accepted the role of Vice President following great concerts in Belgium and Netherlands with Deputy MD Graham Shaw holding the baton.

In 2019 , following a thorough search and auditions, Victoria Steinitz accepted and became the permanent musical director. One month later the band was awarded 2nd place at Butlins Mineworkers contest 2nd section and was rewarded with national kudos.

The Colchester Band are often to be seen playing at all manner of local events, and are available for booking for local regattas, fetes, beer nights, and weddings, as well as giving formal concerts to a range of audiences.